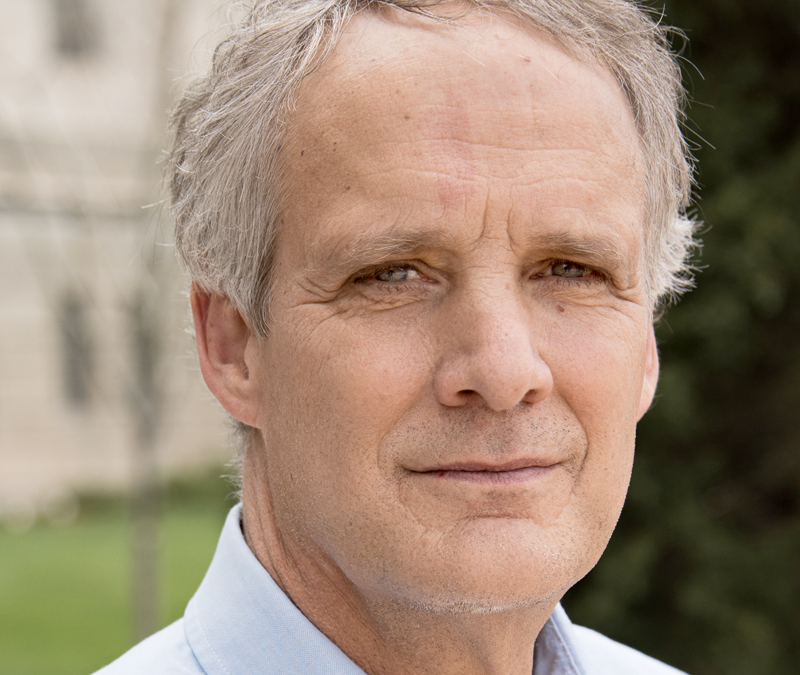 Paul Theobald didn’t want to run for Congress. He did it anyway. And he came to us for help with his political campaign.

Paul is running for Nebraska’s third Congressional District seat against incumbent Adrian Smith. Compared to Smith’s, Paul’s campaign features a number of challenges. He’s a Democrat running in a majority Republican district, first of all, and he has a tighter budget than Representative Smith.

Upon meeting Paul, we immediately went to work on the Theobald Victory Strategy. We took the pre-existing foundation of the campaign and used our design prowess to develop a visual identity distinct from other political campaigns.

One of the most exciting aspects is the series of videos we’re producing, each highlighting a different issue Paul’s passionate about.

We used a three-point lighting setup to capture Paul speaking about agriculture, healthcare and the importance of voting. We captured the visuals with a Blackmagic camera and the audio with a Rhode boom mic. Paul’d never been filmed like this before, but he was an immediate pro.

The entire shoot lasted a day. We got lucky with the late-summer, early-autumn weather. Nothing but blue skies. Conditions were perfect for firing up our GoPro Karma drone to capture sweeping and cinematic shots of fields and farmland.

We edited the first video, the agriculture spot, in Adobe Premiere Pro. We used Audition for some minor audio adjustments – recordings from the Rhode boom don’t need much polish to shine. Resources like Incompetech, Kevin MacLeod’s incredible library of royalty free music, helped breathe life and legitimacy into the spot.

We shared a couple weeks ago and Paul’s campaign saw an immediate and drastic uptick in awareness. Leaders in the Nebraska Democrat scene reached out, and Paul raised thousands of dollars from new supporters.

For a marketing firm, a political campaign project like this is a dream. We’re helping impact local communities and, of course, no project’s success will be easier to evaluate. He’s either elected or he isn’t.

Election day is five weeks away. Regardless of where or for whom you’re voting, make sure you’re registered and educated!