Pun connoisseur and founder Adam designs and devises new projects year-round. Life of the office and designer Daniel is booked solid with freelance projects well into next year. Project perfecter Jeremy puts in an incredible amount of effort around the clock to keep us organized. Witty wordsmith Hannah stays busy writing freelance for magazines. Salesmaster Will is constantly building relationships with current and prospective clients.

But one Agency 877 employee, our web wizard Ryan Connolly, has been especially killing the design game outside of work lately. We’re going to credit him the blog post he deserves, because some of his recent stuff is seriously mind-blowing.

Let’s start with the project he dedicated himself to for eight whole months: the Earthbound Arcade.

Inspired by his favorite childhood game, Earthbound, Ryan built the entire thing from scratch— from assembling the pieces, to wiring the electronics, to hand painting the surface.

“This has always been a dream project of mine,” he said. “The game’s style was really quirky and weird and creative, so it influenced me a lot in terms of design. And, as a person, it inspired me to do my own thing and be different. As a kid and as an adult, it’s something I relate to.”

But if this is something he’s always wanted to do, why now? Well, he said, because of the internet. Ryan loves the fact that he can learn how to do quite literally anything through a few Youtube tutorials or Reddit threads, and he relied on these resources heavily throughout the project.

To his surprise, he mastered the arcade’s assembly and electrical soldering pretty easily with the help of the online community. The hardest part, he said, was finding the perfect not-too-hot, not-too-cold weather to paint it in. As the arcade was built in his garage, he had to find the best temperature to perfectly set the paint.

Plenty of other challenges arose over the eight months, but the troubleshooting is what made the challenge so rewarding. It’s an ever-evolving project that he plans to upgrade and improve in the future, but at the moment, he considers it complete.

“This arcade is a culmination of everything I’ve learned and all my experiences until now. Electronics, design, video games, artistry, painting…” he said. “Someone could look at it and immediately be like, ‘Oh, Ryan made that.’ It’s me.” 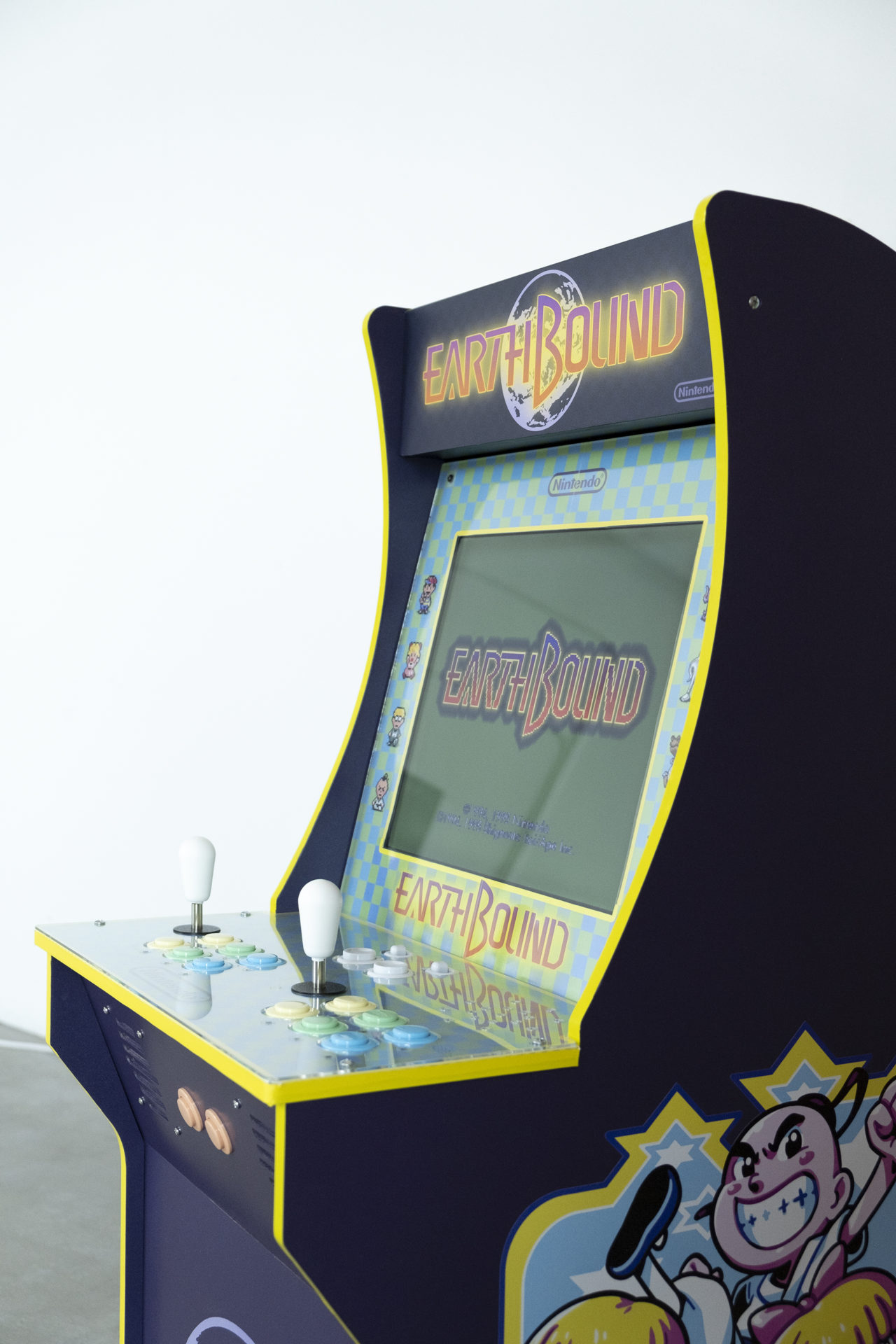 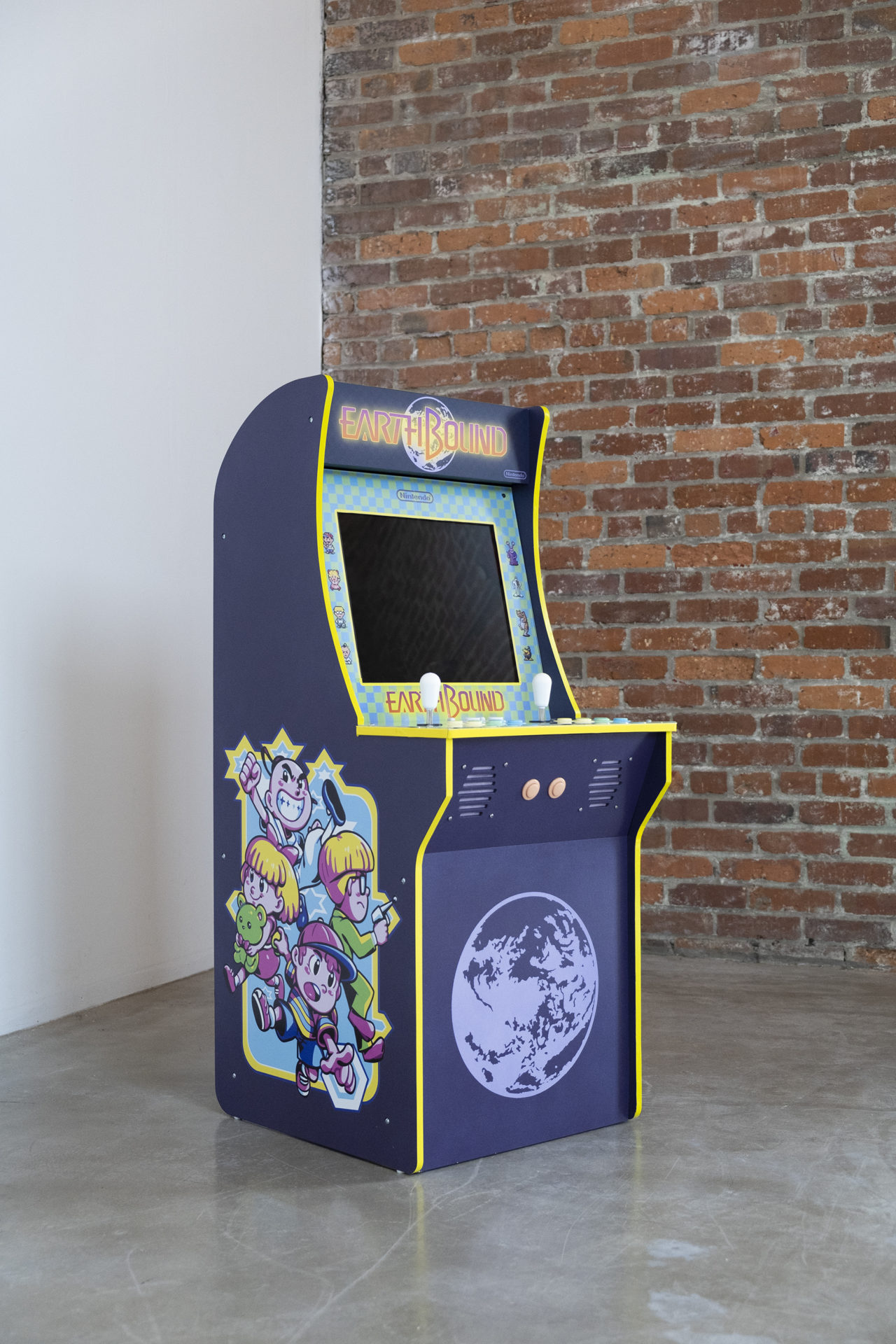 Aside from the arcade, Ryan has been staying busy lately with a personal rebrand. After roughly eight years of using similar styles, he’s branching out with his designs, updating his website and better utilizing Instagram to promote his design work.

“It was just time for something new,” he said. “I’m making it a point to always keep creating, evolving and progressing as a designer and to present myself in a new light.”

Many of his recent projects are just for fun, as he mostly uses Instagram as a tool to build his portfolio and showcase what’s interesting to him personally. But some new designs have served a greater purpose.

For example, he recreated the logo for his family’s restaurant—Richie’s Chicken in Omaha—and redesigned his family crest. Designing for his family, he said, is a great way to keep practicing new designs while also making the final product useful. 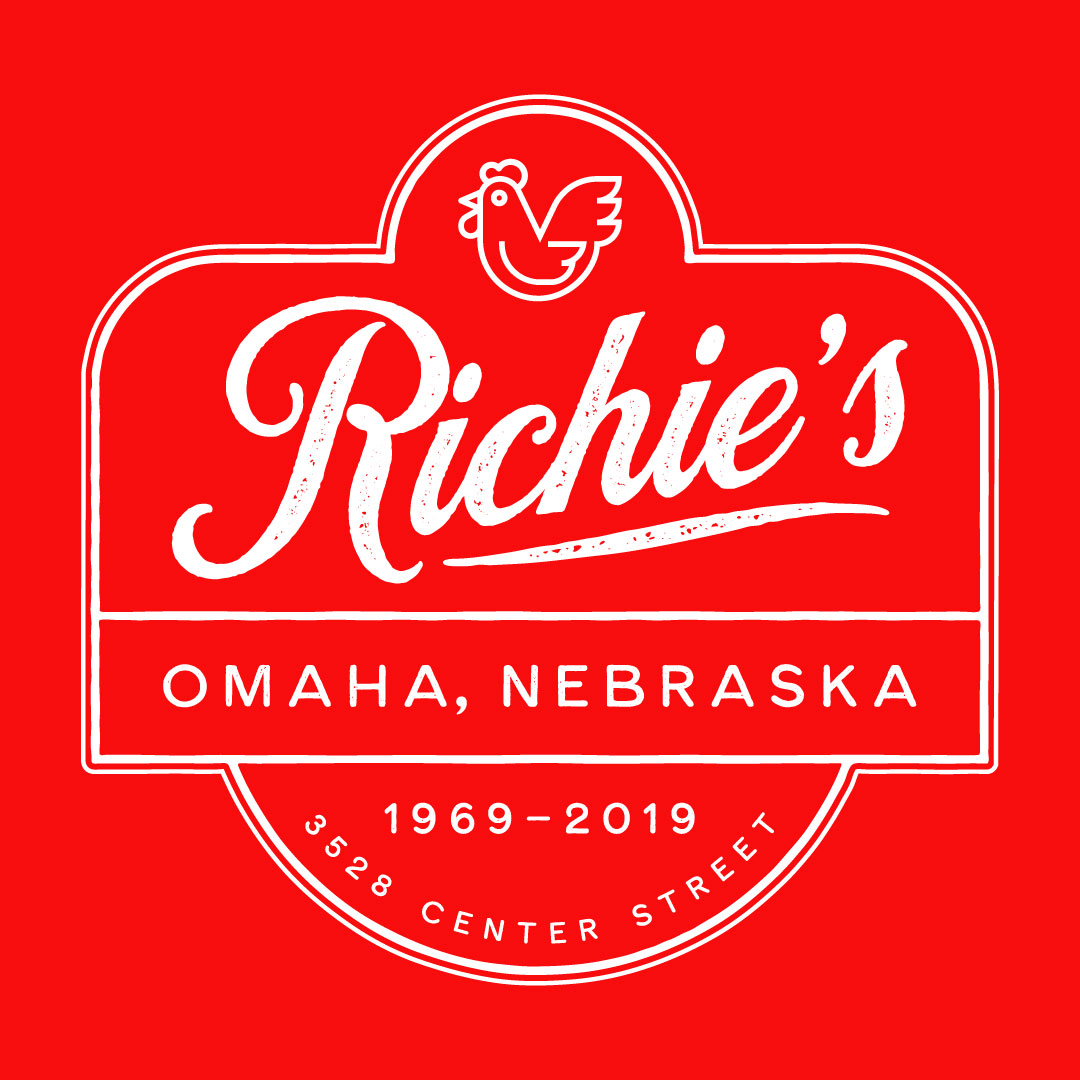 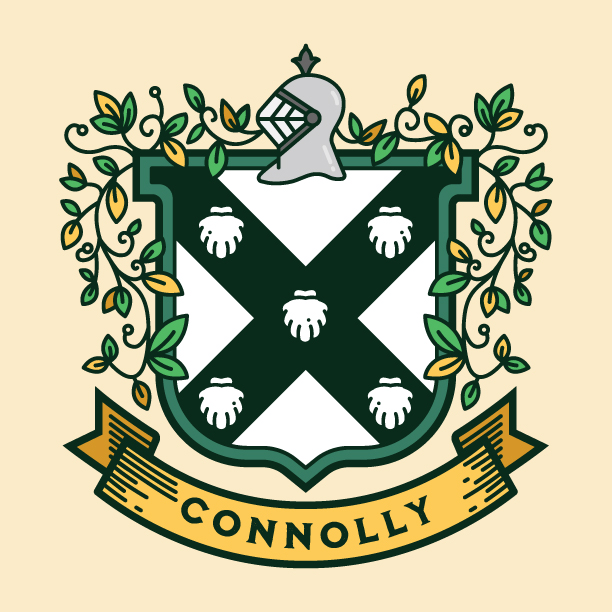 We love the fact that each of our employees are passionate about what they do both inside and outside of the office, because after all, practice makes perfect.

“For me, it’s all about having the creative outlet,” Ryan said. “These projects prove that you can get awesome results through patience and hard work.”

Check out @connollydsgn, and stay tuned for the launch of nomad-dsgn.com to see more of his new work! 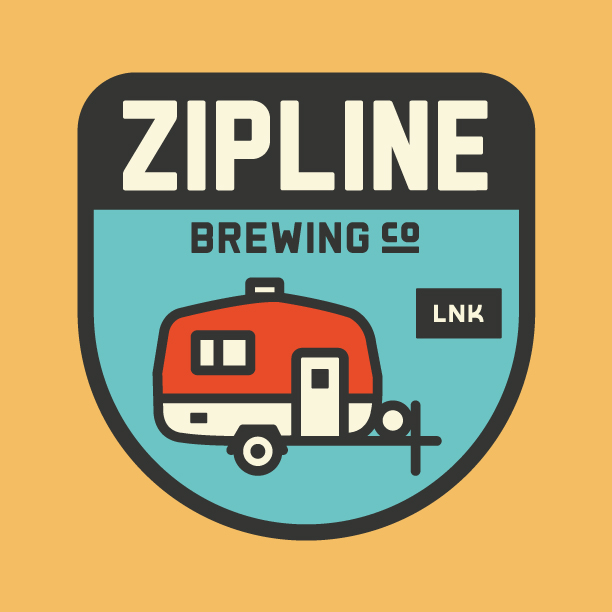 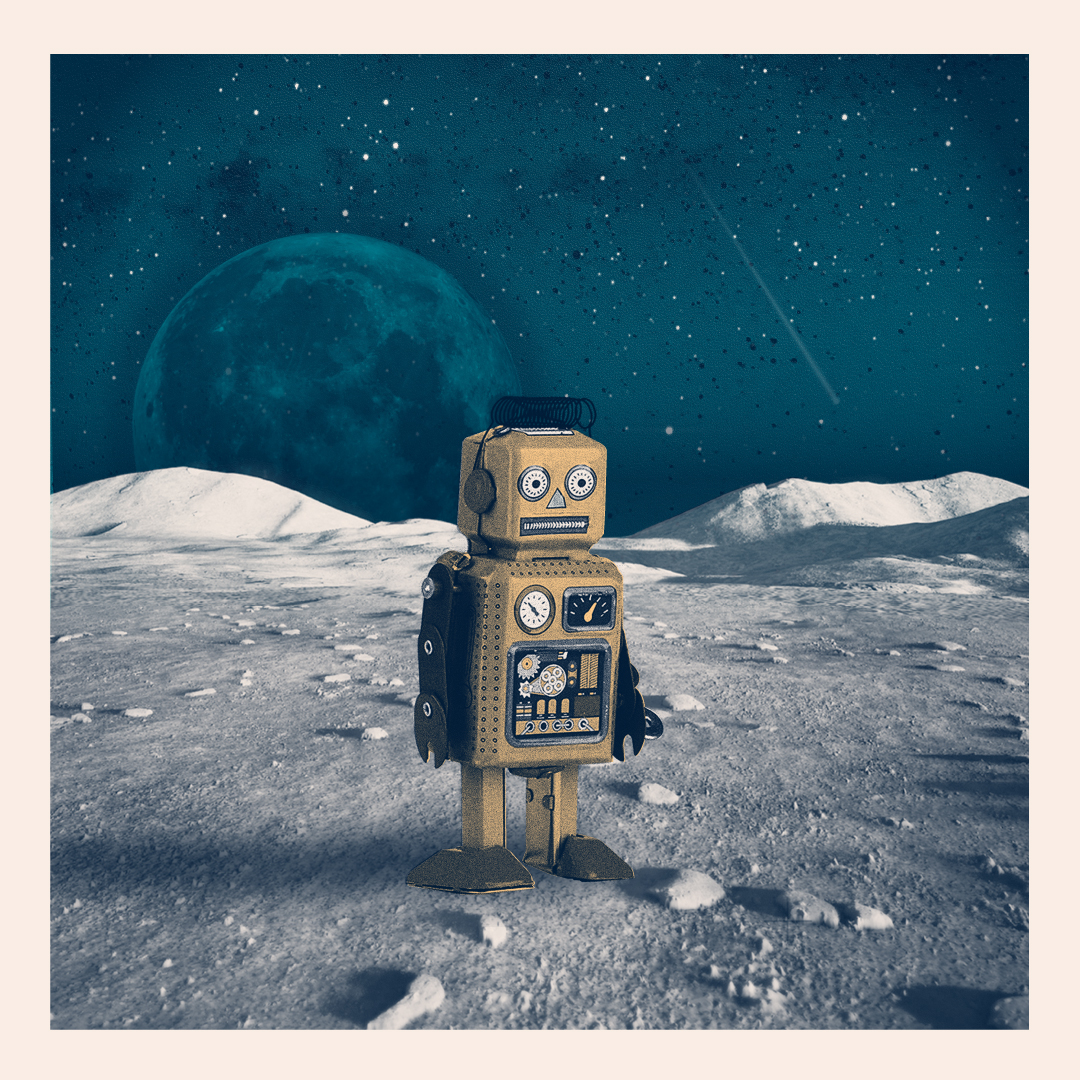 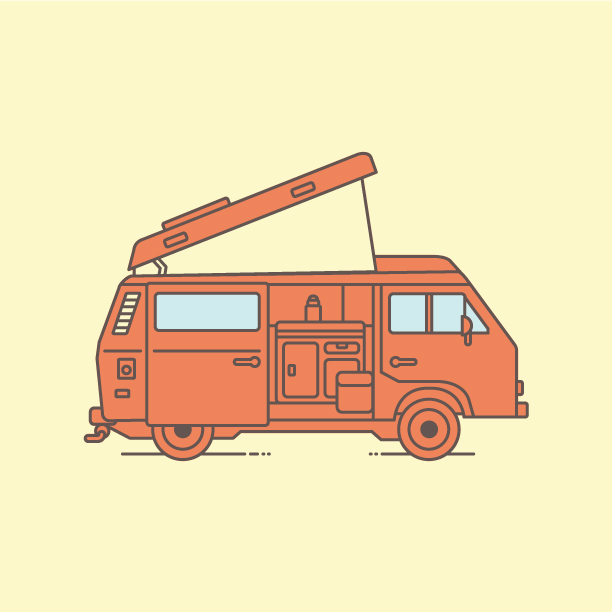 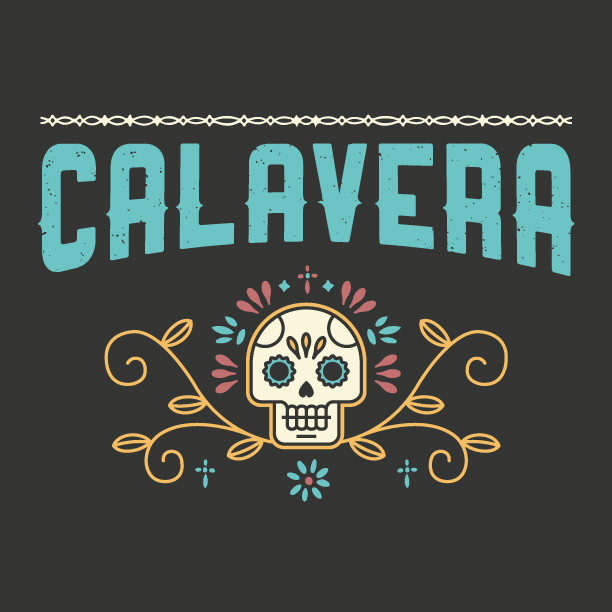